An app for detecting ear infections: Does it work? 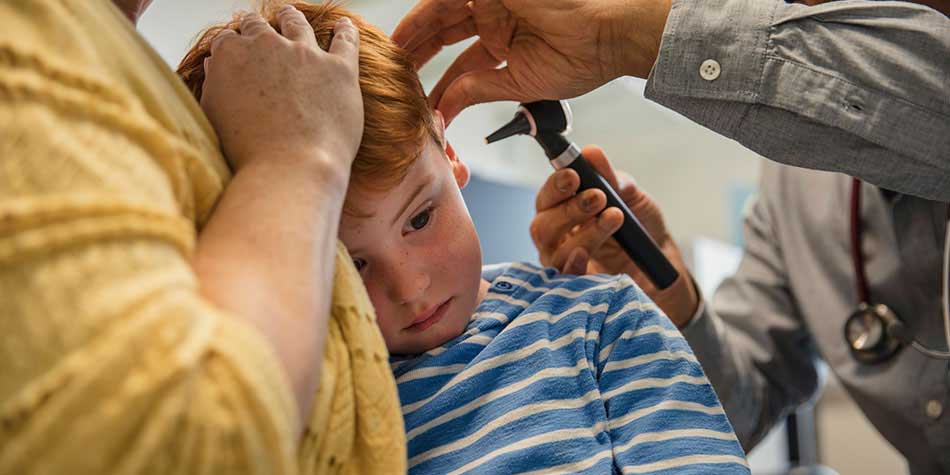 Infant ear infections cause much suffering — for the babies and their parents. Prompt treatment can end the pain and prevent further complications. Getting diagnosed usually requires a trip to the pediatrician, but an experimental smartphone app may change that. With the help of a paper funnel, the app can detect fluid behind the eardrum — a common symptom of ear infection.

The app isn’t yet available and won’t be until it receives clearance from the Food and Drug Administration (FDA). But in a recent study published in Science Translational Medicine, the app performed about as well as a more expensive test usually performed in a pediatrician’s office.

The app, developed by researchers at the University of Washington, uses the microphone and speaker of a phone to emit sound and analyze its reflection (echo) from the eardrum. A simple paper funnel is attached to the phone to focus the sound. By analyzing the echo, the app can detect fluid in the middle ear, which usually (but not always) indicates an infection. Parents in the study found it easy to use.

What to Do Next

If your child shows signs of an ear infection, you’ll still need to call the pediatrician. Only a doctor or advanced practice nurse can prescribe the antibiotics needed to fight the infection. But the app could save time and tell you why your baby is fussing or running a fever.

When You Can Get It

The developers have started a company to launch the app and are in the process of seeking FDA approval to market it. That could take several months or longer. They haven’t set a price but hope to make it widely available, particularly in developing countries where medical tests and equipment can be harder to access.

In the meantime, the best way to tell if your baby has an ear infection is to watch for these signs:

If you think your baby has an ear infection, call the pediatrician right away for an appointment. Ear infections can lead to hearing loss and other more serious conditions if not treated effectively.

Breastfeeding your baby: Don’t stress about your...

August 1, 2019
Many new moms worry that they won’t be able to provide enough milk when breastfeeding. Learn why this is rarely a problem.
Previous Post
Frankfort Regional Medical Center

July 22, 2019
Sports injuries are a leading cause of children’s visits to emergency rooms. With knowledge and preparation, parents and coaches can team up ...
Next Post
Back to blog home

Measles in the United States: Is it really a threat?

Too much screen time?

The WHO recognizes burn-out as a medical condition