What is Lung Cancer?

To understand lung cancer, it’s first important to understand what cancer is: basically, the production of abnormal cells. The body is programmed to routinely replenish cells in different organs. As normal cells age or get damaged, they die off. New cells take their place. This is what’s supposed to happen.

Abnormal cell growth refers to a buildup of extra cells. This happens when:

These extra cells slowly accumulate to form a tissue mass, lump, or growth called a tumor. These abnormal cells can destroy normal body tissue and spread through the bloodstream and lymphatic system.

Benign means not cancerous.  A benign tumor can get larger but does not spread to other tissues or organs.

Malignant means cancerous. A malignant tumor’s cells can invade nearby tissue and lymph nodes and then spread to other organs. These cells are destructive. 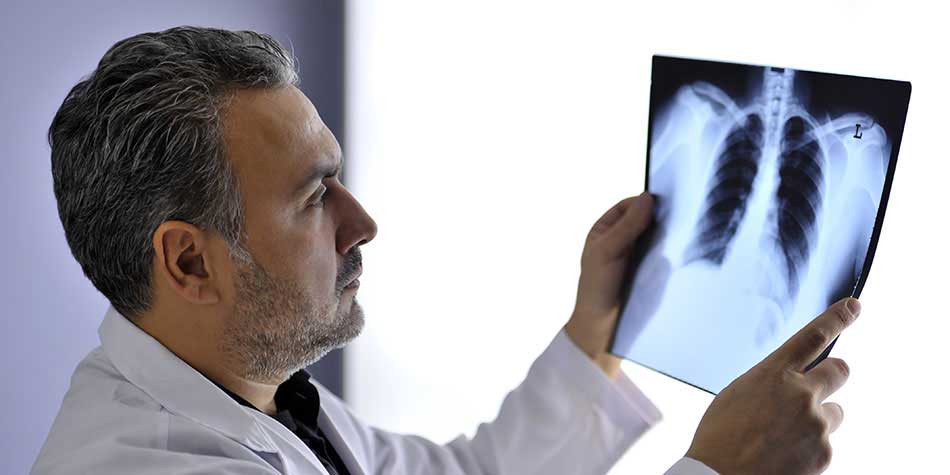 Lung cancer is the leading cause of cancer related death. It occurs in both men and women. It is more common in older adults.

When you breathe, you take in air. It goes through your nose, down your trachea (windpipe) and into your lungs. There it spreads through tubes that are called bronchi. Most lung cancer begins in cells that line these tubes.

You don’t have to smoke to get lung cancer. There are many different types of lung cancer.

Adenocarcinomas: To better understand what an adenocarcinoma is, consider the word: Adeno means gland; Carcinoma is a malignant tumor. These tumors are usually found in the outer area of the lung. This is the most common type of NSCLC.

Adenocarcinomas are usually slow-growing and are often found before the cancer has spread to areas outside of the lungs.

AIS tumors are “in situ” meaning the cancer is localized or not spread. Patients with this type of lung cancer tend to have a better prognosis, due to the ability to remove this small tumor.

Squamous cell carcinomas: Squamous cells are flat cells that line the airways of the lungs. Squamous cell tumors are usually found in the center of the lung near the air tube (bronchus). These tend to grow more slowly than other types.

Pancoast tumor: A type of lung cancer that begins in the upper part of a lung and spreads to nearby tissues such as the ribs and spine. Surgery for this type of tumor can be very difficult because of its location. Less than 5% of all primary lung cancers are Pancoast tumors.

Small cell lung cancer (SCLC) is less common, and is very uncommon among non-smokers. Only about 15-25% of all lung cancers are SCLC. This tends to be a faster growing type of lung cancer. SCLCs are also referred to as oat cell cancers or neuroendocrine cancers.

SCLC usually spreads more rapidly than non-small cell lung cancer. In most cases, SCLC has metastasized or spread to other parts of the body before it is diagnosed.

Some lung cancer consists of both NSCLC and SCLC. These are referred to as mixed small cell/large cell cancers. This is not common.

There are also rarer types of lung cancer including:

Sometimes cancer starts somewhere else in the body and spreads to the lungs. If that is true, it is called metastatic cancer to the lung, not lung cancer.

Assess your health risk for lung cancer with our FREE online tool.

August 23, 2018
Colorectal cancer is the third-most commonly diagnosed cancer in men and women in the U.S. each year.
Previous Post

All heart: little changes add up for a heart-healthy...

August 21, 2018
Losing weight is the best way to boost your heart health but extreme diets and lifestyle changes are often too much change to keep up long-term...
Next Post
Back to blog home

Can the flu shot really save your life?

How to avoid the highly contagious stomach flu

How to Prevent a Second Heart Attack